Japan is one of the most incredible countries in the world, especially for travellers from the Western Hemisphere. A trip to the Land of the Rising sun will leave tourists amazed by the high-tech, fast-paced lifestyle, rich history and culture and a way of like that is familiar yet completely alien at the same time.

Japan's approach to gambling is quite peculiar however. Although gambling is officially banned at a national level, there are still plenty of ways to have a flutter without breaking the rules and established venues where gambling is allowed. 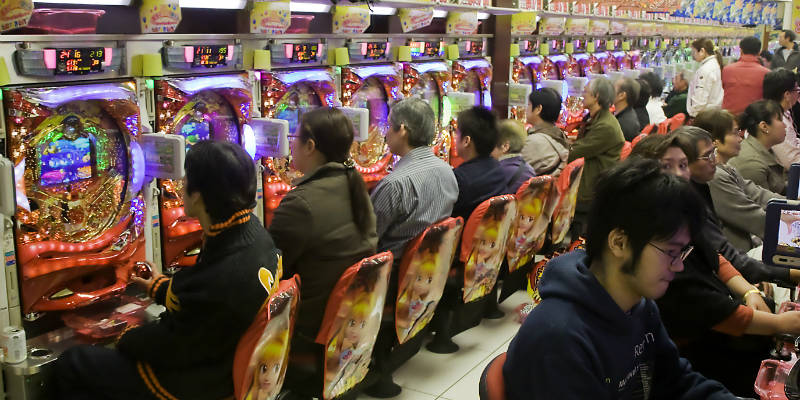 A typical scene in a pachinko parlor

Changes ahead
The status quo is changing slowly. There has been plenty of dialogue between political parties, with a 2016 law now allowing government-controlled casinos and even floating casino ships that will allow players to gamble in international waters. These casinos won't be operational until the early 2020s, but the legislature is a huge step towards legalised gambling.

Even with this historically strict approach and an only recently relaxed viewpoint on casinos, Japan has several forms of gambling that are open to anyone over the age of 18. Head to any major city or large town and you're bound to find betting at horse tracks, powerboat races, velodromes and motorcycle speedways. With so many existing gambling opportunities, the argument for regulated gambling has gained traction, especially with Japan's Liberal Democratic Party, who see casinos in particular as a huge opportunity to boost tourism.

Current gaming opportunities
Like any other nation, illegal gambling is present in all walks of life, but visitors shouldn't and don't need to run the risk. For slot gaming fans, Pachinko is of Japan's most popular arcade games that allows players to win cash depending on the outcome of the game. A bit like pinball, balls are fired using a plunger and then fall through an array of pins, traps and splitters into gates that determine which symbol appears on a central reel. The aim of the game is to link up 3 or more symbols, like a conventional slot machine, with the main goal being to hit the jackpot and win more balls to play with.

A night at the racetrack is another way to enjoy some gambling without getting on the wrong side of the law, although betting on Australian horse racing has recently changed with Japanese being barred from betting on the Melbourne Cup and Caulfield Cup recently, despite the fact that Japanese horses enjoyed a freakishly successful Melbourne spring carnival in 2019. Whether it's horses, GP motorcycles or powerboats, Japanese people love the excitement of a race and are happy to lay their money on the line. A trip to the horse racing track is a particular highlight, with flat racing and steeple chasing held in most cities. A trip to Hokkaido is totally worth the flight from the mainland however, with gnarly horse 'drift racing' held in Obihiro. Huge horses drag sleds and riders around the obstacle-laden 200m course, so expect plenty of crashes and head-to-head racing in a true gladiatorial spectacle with plenty of betting opportunities.

A much easier and more accessible option for both visitors and residents however is online poker. Despite physical, independent games being against the law, poker websites are accessible, with most Japanese ISPs having no safeguards in place. There is a superb selection of online poker games that are accessible in Japan, and there are also articles that provide an excellent guide to help you get to grips with the game before getting stuck in on your tablet, phone or computer.

A gambling paradise where gambling is still taboo
Japan may be about to get rid of their archaic and even contradictory attitude to gambling, but there have still been some recent high profile cases where gamblers have been penalised. Some of Japan's most famous Sumo wrestlers were caught up in a scandal that involved betting on Japanese baseball games, showing that the law still applies to private wagers, despite a relaxed approach to gambling in other areas.

By sticking to the rules and taking care when offered a wager, visitors can still have a fantastic trip to Japan and enjoy some gambling while they are out there.