Having been here for more years than I care to remember, I'd kind of lost touch with what people have to go through when they step off the plane - or boat (my personal choice) - in Japan for the first time. Of course, it's the same for everybody, except for your 'visa' situation. When people refer to changing their 'visa status' or extending their 'visa', what they're actually talking about is their 'status of residence.' It really doesn't matter what you call it unless you're in the middle of being deported or some such, so we'll keep things simple and use the word visa from here on.

When is a visa not a visa?

The Ministry of Foreign Affairs (MoFA) Web site (see below) has all the information you could possibly need on this. In theory no-one should arrive in Japan without a visa but most countries have visa exemptions for visitors, varying from 14 days to 6 months. Once you're established here and need to, say, renew your visa or change your status, you're under the jurisdiction of the Ministry of Justice (MoJ).

The main countries whose citizens DO require a visa when visiting Japan are: China, Russia, the CIS countries, Georgia, the Philippines.

In short, most western people can just turn up in Japan and get permission to stay for 3 to 6 months. Of course, if you're coming to work but don't have the necessary visa yet, you should at least have a return ticket to show at immigration and an 'appropriate' reason for your visit.

Things get a bit complicated later when you want to change your status from tourist to one of the working categories. You will then need a sponsor - usually your employer, although if you're prepared to go through the paperwork and have the necessary income, you can sponsor yourself (this is not a very common practice).

The biggest hassle is then that people from most countries have to leave the country and have your change of visa status processed in a Japanese embassy abroad. The most popular destinations are Seoul or Hong Kong as they are close and return flights pretty cheap. Your sponsor may even pay for this trip (but don't bet on it).

For language teachers (the most common job for Westerners), the main requirements are that you be a native speaker and that you have a college or university degree. You'll probably have to produce the original degree and transcripts. Over the years, as the teaching gig became more popular and more widely known, the requirements for (gasp!) actual teaching qualifications became more commonplace. You may be able to get a job without one, but it is definitely better to have one, especially if you plan to teach for a few years or longer.

Plenty of people work without having a 'working visa' and some language schools are known to hire people on a 'tourist visa'. But a quick look through the job classifieds will show you that most employers state that applicants must hold a valid visa. Hiring someone without one is skirting the law somewhat and is potentially risky so most employers naturally would rather avoid the whole process. Working in bars or restaurants pays less but may offer a more hassle-free, "no questions asked" alternative.

At the end of 1999, immigration offices quietly started issuing three-year extensions to working visas rather than the standard one year. I myself received this welcome extension although I didn't know anything about it until the day I picked it up. Yet another example of the shroud of mystery that the MoFA likes to maintain about these things.

The following info from the Ministry of Foreign Affairs Web site are the things most commonly faced by foreigners already in Japan.

Permission to change status of residence (eg. from tourist visa to working visa)

This permission is required when a foreigner wishes to cease his or her present activity and engage in another activity covered by a status of residence different from the one originally granted.

This is also something you need to go through at much greater length if you decide to marry a Japanese and get a spouse visa, or if you want to become a permanent resident. There are conditions attached to both those visa statuses.

This permission is required when a foreigner residing in Japan wishes to leave the country temporarily and then return during the authorized term of residence.

(Single or multiple re-entry permits are available. A stamp costing 4,000 or 6,000 yen respectively has to be bought - sold at a post office near the immigration office - and attached to the application. Together with the 2,000 yen departure tax at the airport, this is a nice little money earner!)

Another procedure that foreign residents must not forget is alien registration, which they must complete at the municipal office of the area in which they live (not at a regional immigration authority). Foreigners staying in Japan for more than 90 days are obliged to complete alien registration. They will receive a Certificate of Alien Registration, popularly refered to as the 'gaijin card,' which they must carry at all times. Did I hear someone say Police State? 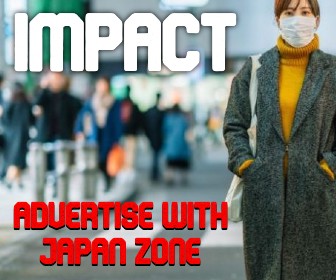