What Can Japan Teach the World About Recession Recovery?

For the first time since 2001, Japan has enjoyed a long period of growth, with the economy expanding for seven quarters in a row.

Data indicates that the gross domestic product (GDP) grew by 1.4% (at an annualised rate) between July and September of this year. The boost has been driven by exports and a stronger worldwide demand for Japanese products.

But what were the causes of its initial economic recession, and how has Japan overcome these to provide beneficial lessons to economies all over the globe?

'Tachidai' girls dance on the stage at Juliana's Tokyo, a disco that was a popular symbol of the bubble years

This was similar in Japan's case, with the 'lost decade' being caused largely by speculation during a 'bubble'. Throughout the 80s, valuations went through the roof through real estate speculation and the stock market was fuelled by record low-interest rates.

However, when Japan's Finance Ministry realised that this bubble wasn't sustainable, they tried to restrict the speculation and raise interest rates. This quickly led to a debt crisis and stock market crash, as many borrowers struggled to meet their payments on debts that had been backed by speculative assets. When these issues filtered into a banking crisis, they led to several government bailouts and consolidation. 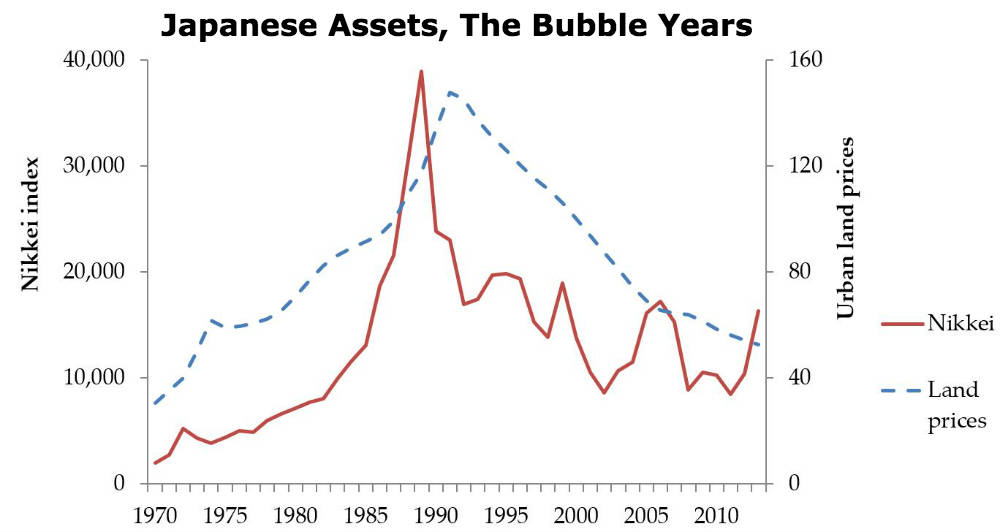 How Has Japan Recovered

According to the latest statistics (detailed above), Abe's hard work is starting to pay off. And now the economy looks to be on the up, many people and companies have already taken advantage of this. This includes using this information for binary options to trade price fluctuations (on the Japanese or Yen indices, for example) and benefiting from the Yen carry trade by using lower interest rates to invest in higher-paying currencies.

What Lessons Can Be Learned?

There are many valuable economic lessons we can take from Japan's lost decade. Some say that central banks shouldn't intervene as this leads to long-term problems and moral hazard, while others say interventions should surprise the market in terms of scope and timing.

However, the key lessons include:

Significant technological, structural and cultural development has been witnessed in Japan over the last twenty years, but there are some large short-term challenges remaining. That's why, even though Japan does seem particularly buoyant at present, forecasting the future isn't easy. With slow consumption growth, analysts and policy makers will be focusing on corporations and how competitive they are in international markets.