A New Dawn for Gambling in Japan?

This July, a change to gambling laws saw the first step towards building casinos in Japan. This relaxation of long-held restrictions opens the door to a cultural revolution, in a country whose unique quirks and customs have so far resisted change beyond betting on racing bikes and… boats.

With the news that three new casinos are set to open at family resorts, we look back at the state of gambling in Japan before this momentous change, to discover how it might affect society in general and its leisurely pursuits.

Inside a typical pachinko parlor

The state of play of gambling in Japan

Chapter 23 of the Japanese Penal Code, established in 1907, lays out the cold, hard facts:

At the moment, almost all national gambling activities which are not under government or local authority control are outlawed along with setting up lotteries, casinos or any other games of chance. It means that tourists hoping for some Las Vegas-style entertainment are certain to end up being disappointed – for now at least. Right now there are three government-approved ways of wagering, each with its own distinctive methods of deriving enjoyment.

There's a category of activities that come under the umbrella title of Public Sports. While they don't include any of the nation's favourite sports like baseball and sumo wrestling, the list does at least feature four distinct forms of racing.

Japanese law dictates that 50% of all lottery ticket proceeds goes to local government and charity. The Ministry of Internal Affairs and Communications oversees three different types of lottery game, with tickets on sale only in major cities.

Local governments depend on lottery sales for funding things like infrastructure maintenance and public welfare schemes, but evidence suggests the lottery is shrinking in popularity in Japan.

Last year's fiscal sales of lottery tickets was 845bn Yen – that's the first time this figure has dropped below 900bn since 1998. While some attribute the slide in sales to a declining population, others suggest younger people are not as interested in gambling as older generations.

Pachinko is a uniquely Japanese form of play that's so embedded in the culture that whether it counts as gambling or not is almost immaterial. A cross between slot machine and pinball table, Pachinko popularity is so great that an estimated 10,000 parlours are filled, night and day, with the cacophonous sounds of dozens of machines being played simultaneously.

Tokens which are won in-game can be exchanged for sweets and gifts or even for cash. The latter is usually done through booths near the arcade but not in it, thus side-stepping the law regarding winning money from gambling.

What about online casinos?

Online casinos have taken the gambling world by storm – presenting a range of games from slots to live casino for gamers to enjoy from the comfort of their own homes, or if they're on the move. but it's here that the picture becomes even more confusing. At the moment there is no statute which specifically regulates online casinos in Japan – so there's nothing to stop Japanese nationals playing their favourite games at an online Japanese casino like this, which has been registered in another country.

But with global revenue from online gaming projected to reach almost $52 billion in 2018, the Japanese economy is missing out on a potentially very valuable new contributor. Online gambling has flourished in the UK economy, where it's the largest sector within the industry – providing over one-third of all gambling revenue.

If Japan were to follow much of the world and have a properly legalised, properly regulated industry, it could also see huge lifts in economic activity. This would surely be hugely welcomed, given the government is struggling to meet its own economic goals and forecasts.

In fact, while concerns about encouraging gambling are on the agenda, the economic argument remains very strong for allowing not just online casinos, but brick-and-mortar ones too. One only has to look to Macau to see gambling tourist success – in 2017, 329,000 arrivals came from Japan, spending 574 million MOP (about US$70 million), according to the table below. 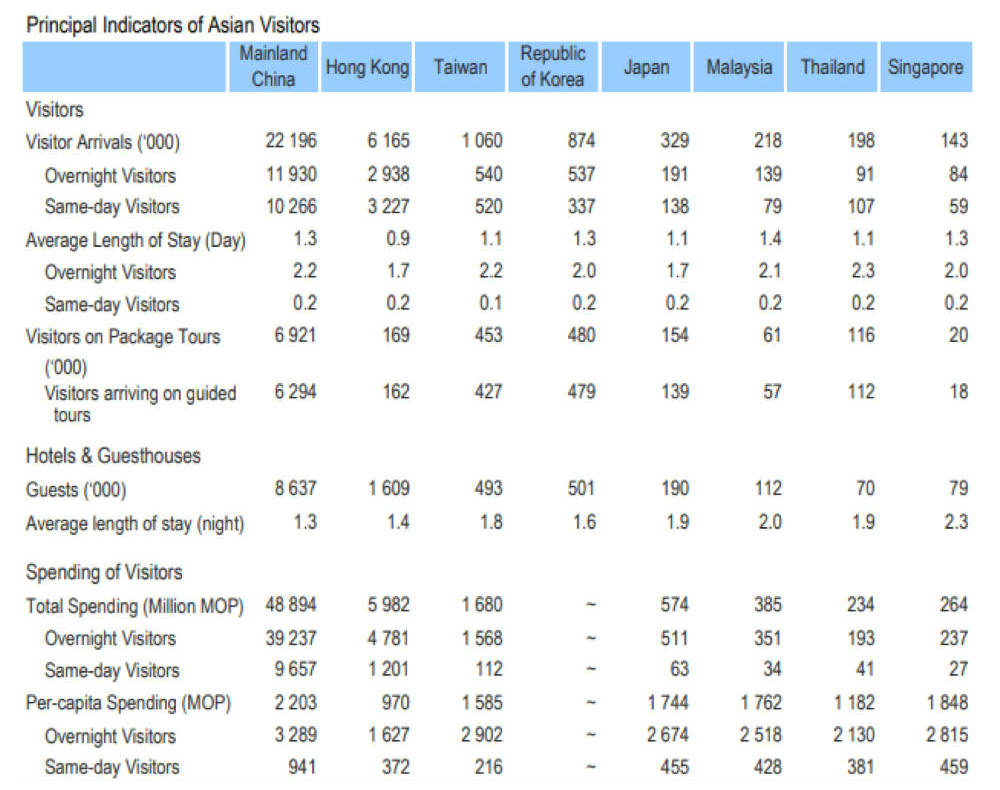 A historic bill passed in July of this year, which will allow the building of three casinos in the country, ready to open in around 2025. Already major US organisations including the Sands Corporation and MGM Resorts International have expressed an interest in building $10 billion resorts - possible locations include Osaka, Nagasaki and Wakayama. Current Japanese laws around restriction of entry mean the casinos won't be expecting many foreign visitors purely to gamble. And Japanese nationals will be restricted to a maximum of three visits per week, with an entry fee over $50 each time.

This is an obvious move to allay the concerns that gambling could potentially become a problem for individuals, a fear that is reinforced by the fact that an estimated 65% of the population remains opposed to casino legalisation. There are also reservations being expressed by Yukio Edano of the opposition CDP who is reported to have said it's "impossible to grow the economy through casinos."

However, findings from The Daiwa Institute of Research challenge this view, estimating that three locations could generate an initial economic impact of nearly 9 trillion yen, followed by an annual income of 2 trillion yen.

But who proves to be right remains to be seen. And you rest assured that the whole of the gambling world will be looking on with interest to discover the answer.