Looking Back At Danica Patrick's Famous IndyCar Win at Motegi

Danica Patrick may be one of the most famous names in American open-wheel racing, but it is in Japan where she enjoyed her most successful moment behind the wheel of a car. That came in the 2008 Indy Japan 300, where Patrick became the first woman to triumph in an IndyCar series race. Over a decade later, Patrick remains the only female driver to have earned that accolade.

Danica Patrick at the Twin Ring Motegi racetrack in 2008

That Indy Japan 300 race took place on the oval circuit of the Twin Ring Motegi racetrack, located in Tochigi Prefecture. It was at Motegi where Patrick truly burst onto the racing scene in 2005. In just her third race, Patrick led for 32 laps around Motegi on her way to a fourth-place finish. That impressive rookie performance gave the first sign of how Patrick and Japan would go together well.

Patrick left Rahal Letterman Racing to join Andretti Green Racing, and it would finally prove to be a winning combination. After 50 races without a win, Patrick stormed to new heights in the third round of the 2008 season. "I knew there was a reason I always liked coming to Japan", Patrick declared in an emotional interview on Victory Lane.

Patrick held off the 2008 IndyCar Series' eventual runner-up Helio Castroneves and champion Scott Dixon, who came in second and third, respectively, in Motegi. Patrick dropped back to 7th on lap 149 to conserve fuel in preparation for a challenge for the lead. With two laps to go, Patrick took that lead and held it to make history. It was a masterclass in fuel management and tactical driving.

Patrick continued to be a major player in IndyCar in the 2009 season, finishing 5th in the final standings. There are a lot of 'firsts' on Patrick's driving resume beyond that famous win in Japan. A third-place finish in 2009 made her the first woman to claim a podium finish at the illustrious Indianapolis 500, while she also became the first female driver to lead an Indy 500 at any stage.

After two more seasons for Andretti, both of which yielded an overall ranking of 10th, Patrick left the IndyCar series to pursue racing in NASCAR. Fittingly, neither Patrick nor the Motegi circuit returned to the IndyCar series in 2012. Together, the two created an incredible legacy that will inspire drivers for years to come.

The history of Motegi

Honda built the Twin Ring in 1997 to generate exposure for American racing in Japan, but not even they could not have anticipated just how much exposure would be created by Patrick's famous victory. The name of the racetrack comes from the its two circuits, an oval track and a road course. The two share garages and a grandstand, but they present very different racing challenges. 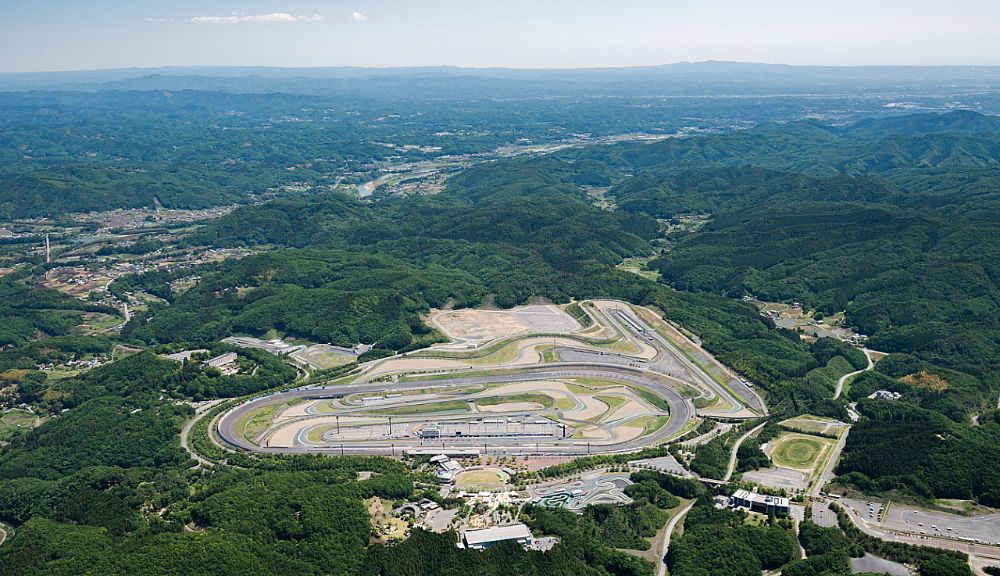 The road course has hosted the Japanese instalment of the MotoGP season since 2004, taking over from the Suzuka circuit. Motegi's oval track also took over from Suzuka in hosting a NASCAR exhibition race in 1998, with Suzuka having welcomed NASCAR events in the previous two years. This would be the only time NASCAR came to Motegi, but it provided a memorable moment: it was the first NASCAR race in which Dale Earnhardt and Dale Earnhardt Jr. competed against one another.

Clearly, there is something about Motegi that encourages 'firsts'. There were rumors in 2008 that Patrick would join the Formula One team of Twin Ring creators Honda, but the Japanese giants ultimately pulled out of the sport. When the 2019 F1 season swings by Suzuka, it will do so without any female drivers on the grid.

Patrick wasn't the first woman to enter the Indy 500, an honor which fell to Janet Guthrie in 1977. Of the ten to start the Indy 500 through the years, Patrick enjoyed the most glittering IndyCar career. She remains an incredible role model for aspiring racing drivers across the world, from the US to Japan.

Hopefully, the IndyCar series will soon return to Japan, along with a string of female drivers looking to follow in the tire tracks of Danica Patrick.