Factors To Consider Before Getting A Japanese-themed Tattoo

Getting any kind of tattoo has a world of substance to it, because you are choosing to tell a story by embedding an illustration onto your skin forever. Often, the images or words that you choose contain a much deeper meaning than may be immediately apparent. Also, tattoos have a long and meaningful history and across a number of civilizations. One of the most interesting has got to be the history of tattoos in the land of the rising sun, Japan. 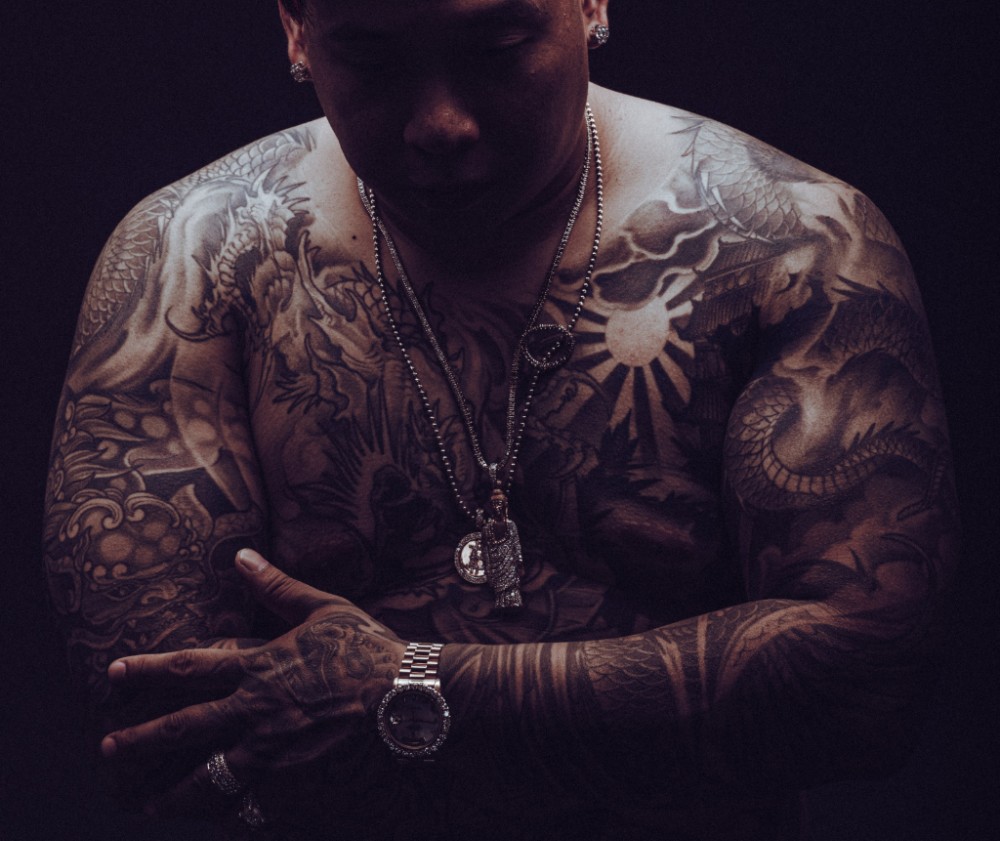 The history of tattoos in Japan goes back almost 10,000 years, and they were once a deep-seated tradition amongst the common people. They were mainly seen as a means to ward off evil spirits, or as a necessity for women who were about to get married. But as Buddhism found its way into Japan, tattoos became frowned upon and were eventually banned and seen as taboo - but that didn't mean that people stopped getting them done!

Firefighters would get them because they believed they would protect them from fires. Later, even though most people, especially those from the lower classes, would see them as signs of respect, they were still widely seen as taboo or associated with the Yakuza, the Japanese mafia. The art displayed always signifies great stories and they have certain characteristics that make them stand out, so much so that you know right away when you see a Japanese tattoo.

If you're interested in getting a Japanese themed tattoo, then you need to consider a few factors before doing so. And one thing to bear in mind is that, even today in Japan, the strong association between tattoos and the Yakuza means that having a tattoo may prevent you from entering an onsen (hot spring resort), public baths or even hotels in some cases.

Not just anyone can give you a Japanese-themed tattoo - you want to make sure that the artist you go to is experienced, as this will very often dictate how well it is drawn and how it turns out. Do your research and ask people who already have a Japanese-themed tattoo so you can make the right choice. This is extremely important because a tattoo is forever and it is imperative that it's done by a professional who knows what they're doing and understands how Japanese tattoos are made. 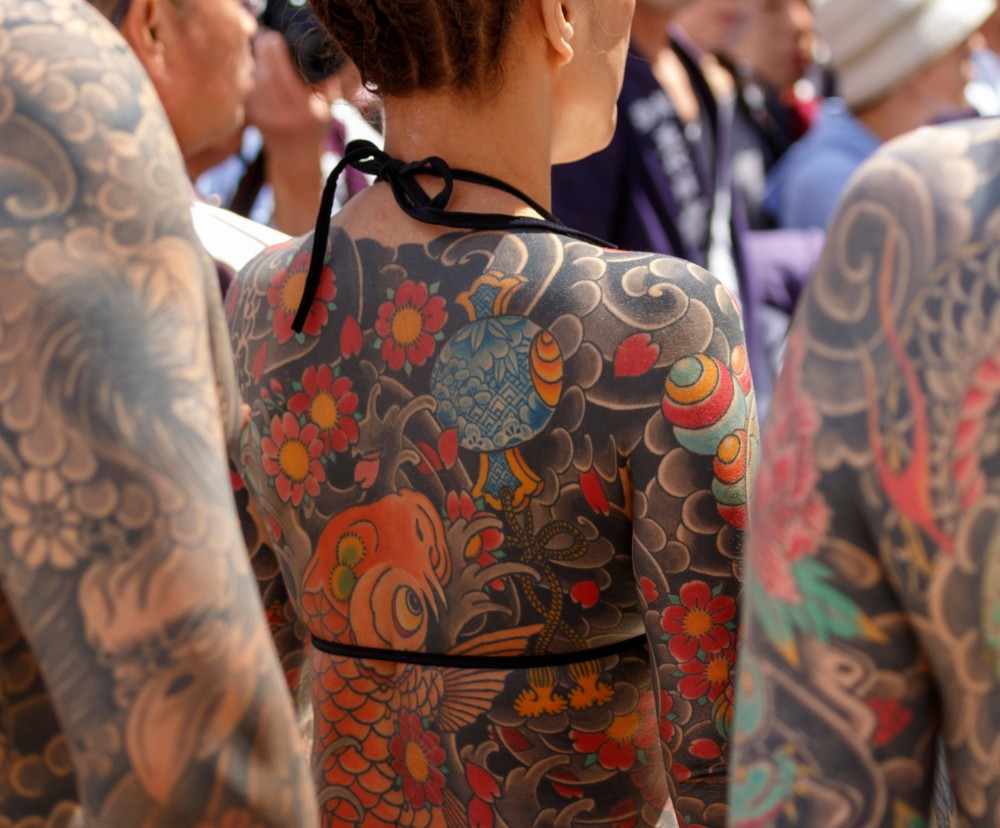 Participants at a traditional Japanese festival wear their tattoos with pride

The Size and Detail

Traditional Japanese tattoos are usually large in size, and will take up a large portion of skin, wherever on your body you choose to have it. They need to be this big because they usually entail a large amount of detail. Getting smaller ones is not out of the question, but they won't have the same impact as the traditional designs do.

Since famous Japanese-themed tattoos are often large, you need to really pay attention to the cleaning process as the tattoo heals. It's important that you take the right steps while your skin is healing to avoid infection and let the tattoo heal correctly. Along with doing sufficient research beforehand, pay close attention to the tattoo artist's instructions and follow them to a tee. Some would say that a well-nursed tattoo often turns out to be better than expected.

You're going to really want to do extensive research on the different kinds of Japanese art used in tattoos and of course, their history and meaning, and how you feel it applies to you and how you relate and connect with it. This is going to be like a piece of art on your body, so you want to ensure that each and every detail is something you connect with on a deeper level. Do your research and also have a word with your tattoo artist, and work together on what your final image will look like so that you avoid getting a nasty surprise.

The most popular images for Japanese-themed tattoos incorporate deeply meaningful symbolism, and include things like dragons, carp, tigers, geisha, and cherry blossoms.

There is actually a tattooing technique that is exclusive to the Japanese culture, and it is known as tebori, which literally translates as "carve by hand." This is an ancient Japanese tradition and, while it is much more painful, it is done in such a way that over the long term, the color and detail doesn't fade. You can consider getting it done this way, but again, you need to make sure that you go to a professional.

It Will be Expensive

Regardless of whether you use a standard tattoo artist or opt for the Tebori method, either way it will cost you quite a lot. Tebori is an ancient method that is time-consuming and is amazingly long-lasting, and this is why it will cost more than getting it done with a tattoo gun. On the other hand, you have to keep in mind that the size and detail of these tattoos will affect the price as well.

Depending on how much detail you choose to have within the tattoo, Japanese-themed designs generally take more time to complete than most other styles because of the size, details, and colors, should you choose to add those. Generally Japanese-themed tattoos either have many bright colors or are done solely in black and white. Either way, there's a lot going on, so keep this in mind because it will take a long time to get it all done. Especially when using the Tebori method, people have been known to spend six years or longer getting their full back inked!

Because of how absolutely intriguing and full of history and culture Japanese-themed tattoos are, you need to take a different approach towards the details before making your final decision. The fact that they are so large means that they are time-consuming, because the most important thing is to get all the details drawn out and then done and filled out correctly. Look into the history and the different meanings of images and what they symbolize, and see how you can bring them together to make a unique design that suits you and your experiences in life, and how you can also connect with the rich and intricate culture of Japan.