Gift Giving: A Guide to Omiyage

Asia is a vast continent, a place where you can explore such diverse cultures and traditions. One of the most unique places to visit is Japan because of its enigmatic and enchanting scenery. The people, culture and way of life of Japanese people have a unique charm that you need to closely observe to appreciate. One notable practice is the culture of gift-giving or omiyage. 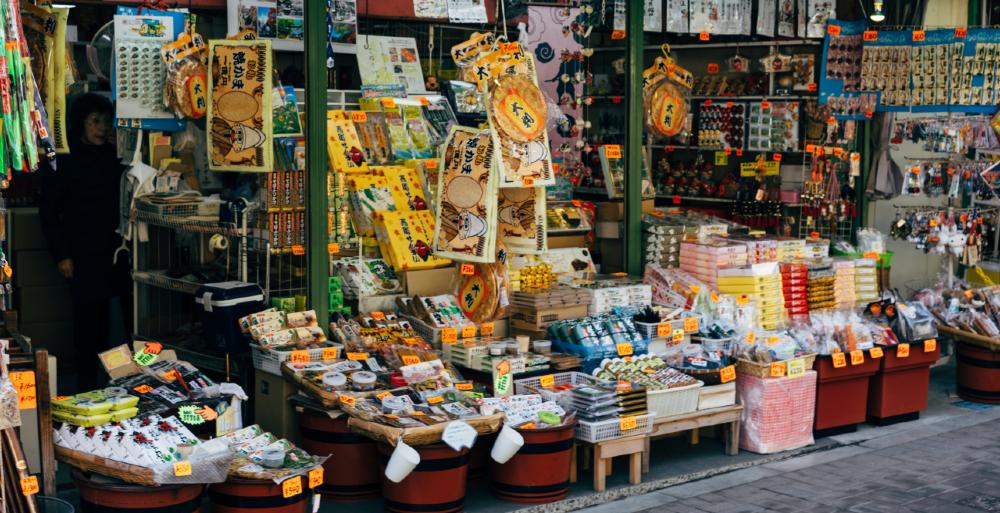 A typically packed souvenir shop, in the outer Tokyo suburb of Takao.

To the unfamiliar eye of a foreigner, one might see omiyage as just the Japanese translation of the word souvenir. While it's true that they may look similar, omiyage goes deeper than giving a souvenir, and this practice sets itself apart from regular gift-giving.

Thus, in order to appreciate this gift-giving culture and gain the appreciation of a Japanese friend or co-worker, we need to follow a definitive guide to omiyage.

Souvenirs and Omiyage: What's the Difference?

Before going into the details of the difference between a souvenir and an omiyage, let's also point out some similarities. Generically, both are considered gifts and both are products or specialties from a particular place or region that you have visited.

With these basic similarities out of the way, let's look at the differences between souvenirs and omiyage. What are the things that set this Japanese culture of giving presents apart from the conventional way of giving gifts and souvenirs?

First of all, unlike the voluntary practice of bringing someone a souvenir, with omiyage you are obligated or honor-bound to bring back gifts to significant people from your travels to another place or region. Omiyage is a deeply rooted cultural practice in maintaining harmonious relationships in Japan.

Bringing back products from a different region - whether you went there on vacation or on business - is a practice that will be appreciated by your family, friends and coworkers as it reflects that you are thinking about them while you are away. While in Western cultures, where we often bring back a souvenir for ourselves and failing to bring souvenirs for others can be excused, in Japan, doing so is frowned upon and considered bad manners. As a foreigner, it is important to take note of these aspects.

Any Item can be Considered as Omiyage

The good thing about omiyage is that it can be just about anything - consumable or otherwise. In Western culture, it is most likely the latter. The important thing in omiyage is that the present should be special, or something that represents the region or place that you visited. There can be a lot to choose from, and here are a few examples: Yubari melon or Shiroi Koibito confectionary from Hokkaido, green tea products or Yatsuhashi sweets from Kyoto, mentaiko (spicy cod roe)-flavored snacks or Hakata Torimon sweet dumplings from Fukuoka. If you are not familiar with or having trouble with what to buy, your best bet is to ask the locals what would be the best omiyage item you can buy for the folks back home. 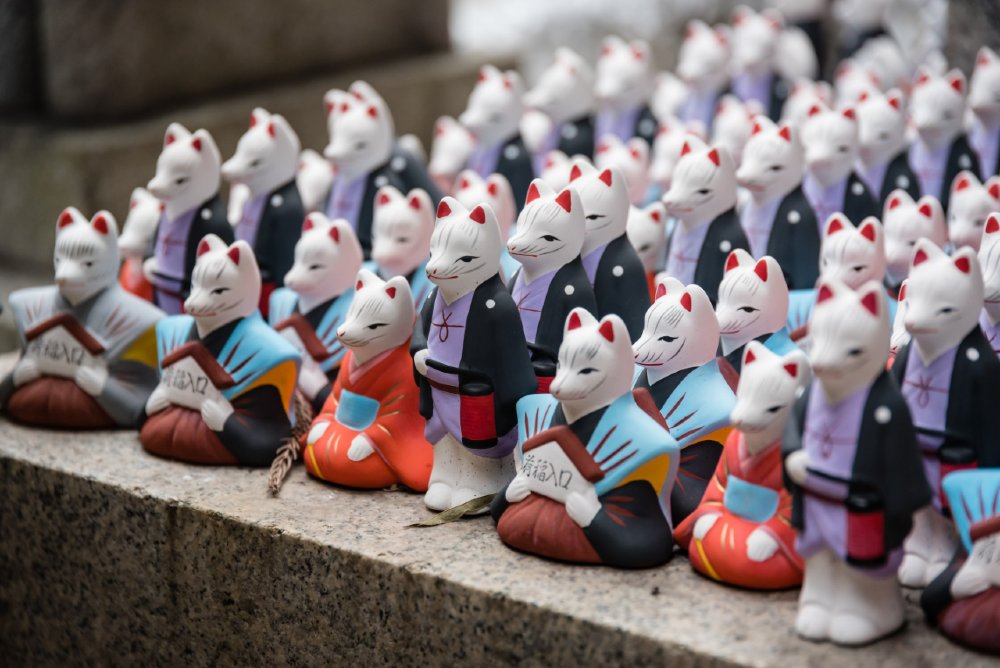 Figures like these sacred foxes are common omiyage from shrines and temples.

Omiyage is a uniquely Japanese cultural way of gift-giving, and so there are certain guidelines on how to give it. Most important is the way that omiyage should come in a presentable package, like being wrapped or placed in a special paper bag from the store or establishment where you bought it. Another thing to remember is that you should give it, directly and in person, to the recipient(s), and to give the omiyage with both hands. It is considered a show of respect and consideration. If you are giving some sort of consumable omiyage, make sure that it can be stored for future consumption and is not easily perishable.

Lastly, avoid giving items in sets of four (pronounced as "shi", which also means death). Japanese people still retain some unique beliefs and superstitions, so it is best to respect them in order to gain their friendship and appreciation. Even if you're a foreigner and don't believe in superstitions, it's always best to be on the safe side and to follow customs and beliefs.

A lot of people are clueless as to the true meaning of omiyage. But now you have a good idea how it truly works. With this piece of knowledge, you can be more confident in dealing with Japanese friends and co-workers and won't end up embarrassing yourself or leaving them with a bad impression.

Essentially, omiyage is a show of respect, appreciation and good intentions, even if the one giving it is not Japanese. Giving omiyage is a good way of getting affirmation, acknowledgement and appreciation in Japan.