Is the Monopoly Board Game Different in Japan?

Monopoly is one of the most popular board games in the world and has sold millions of copies. The first version of Monopoly was invented by American Lizzie Magie in 1903 and was called The Landlord's Game. The initial purpose of the game was to demonstrate the destructive effects of financial and industrial monopolies on society. Most of the players of the game Monopoly today, however, play the game because it is a fun way to spend time with family or friends rather than as a method of studying economics!

While Monopoly remains a very popular game in America and the Western world, what about Japan? Since Japan has a relatively similar economy centered around consumer capitalism, it makes sense that the game would also be both relevant and marketed enough to become a household name. However, the Monopoly board game is actually nowhere near as popular in Japan as it is in the West! 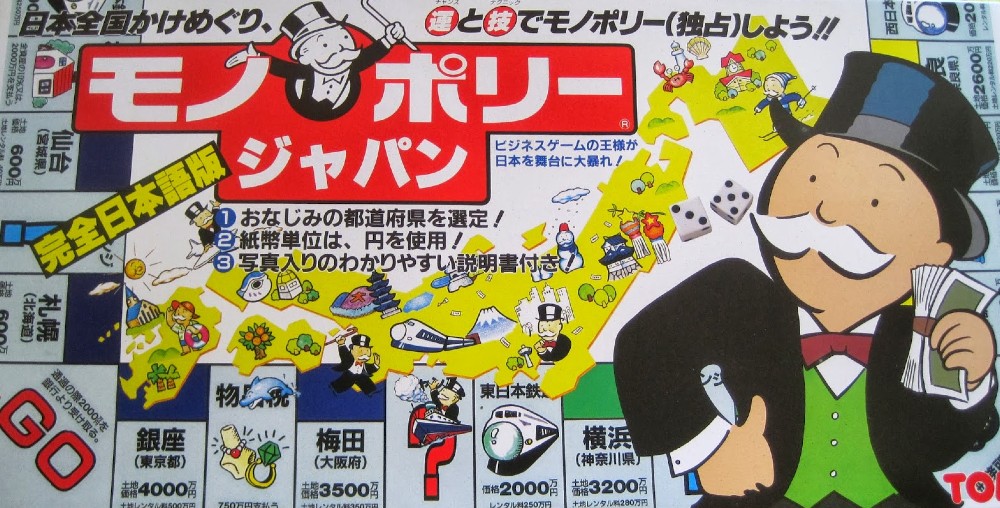 Monopoly Japan is a localized version rather than a simple translation of the original game.

How Does Monopoly Work?

In case you are not familiar with how Monopoly works, here's a quick rundown. Monopoly is played on a square-shaped board that features various different spaces that each player (represented by a small metal figurine) lands on after rolling a dice. Each space represents either a property that can be bought with Monopoly money, a special circumstance space that instructs the player to pick a Chance or Community Chest card, or a space where the player must carry out another action like paying tax or even going to jail and missing a turn. A player collects money each time they complete a circuit of the board.

Once a player has purchased a property, they can then collect money, or rent, from other players who land on that space. Each player can also purchase houses or hotels to place on their properties, which increase the amount other players have to pay them if they land on them. The winner is the player who owns everything at the end and has bankrupted all of the other players.

Monopoly is popular in many parts of the world as a board game, an online game, and even on online casinos like Monopoly live with Unibet.

How are the Japanese Versions of Monopoly Different?

The original US version of Monopoly features real-life locations in Atlantic City in New Jersey, while the British version features locations in London. There are three main Japanese versions of the game; the American version, the Japan–Tokyo version, and the Japan–Cities version.

The American version is the same as the original, featuring Atlantic City, that has simply been translated into Japanese. The Japan–Tokyo version is based entirely on the capital city of Tokyo. The Japan–Cities, or simply Monopoly Japan version expands the game to include districts from different cities across the country. 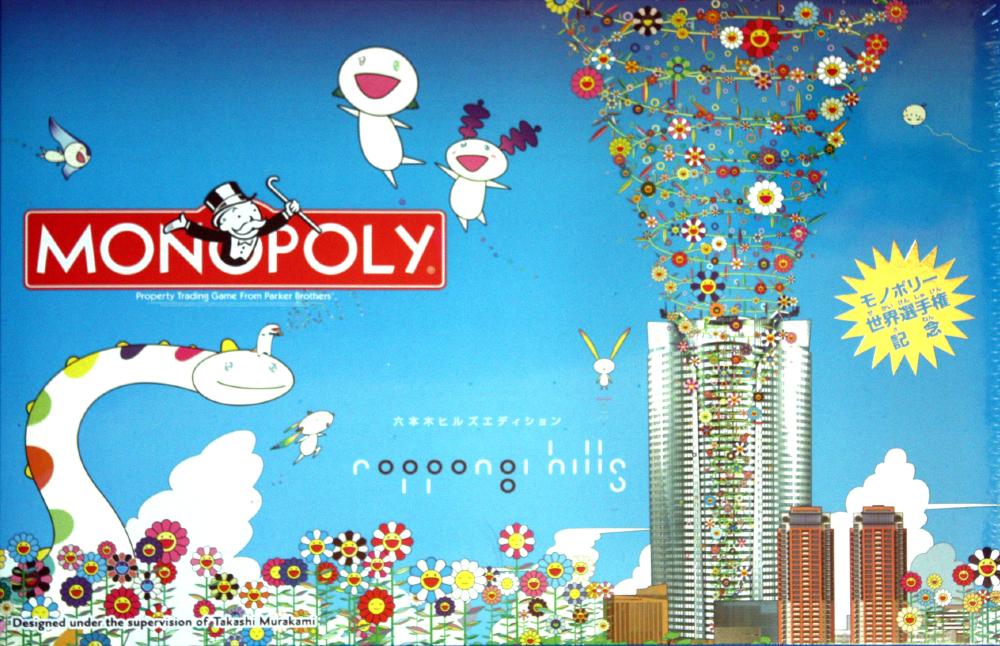 With a design by Takashi Murakami, the Roppongi Hills limited edition is very sought after.

There have also been a few limited edition or special editions of the game. One of the most sought after is a Roppongi Hills version - named after the posh residential and commercial complex in central Tokyo - from the 2004 Monopoly World Championships. Featuring a design by Japan's leading pop artist Takashi Murakami, it is very rare. A factory-sealed copy will occasionally pop up on eBay for thousands of dollars.

What Board Games are More Popular in Japan?

While all of the standard versions of Monopoly can be found in Japan, the game in general is not all that popular in the country. Japanese gamers are more likely to play board games like Machi Koro, Love Letter, and Deep Sea Adventure. Traditional games like Shogi and Mahjong are also incredibly popular in Japan.