The Current Status And Future Of Solar Energy In Japan

What's the outlook for Japan's use of green energy? Japan's national government recently announced plans to reduce greenhouse gases to zero by the second half of the 21st century. Solar energy is one of the most popular options. Our World in Data reports that about 2 percent of the world's electricity is produced from solar power. Since the late 1990s, there has been a shift to solar energy as part of the goal to reduce carbon emissions in Japan. However, where does Japan stand on its use of solar grids and networks in terms of sun-sourced electricity, power stations, and green initiatives? 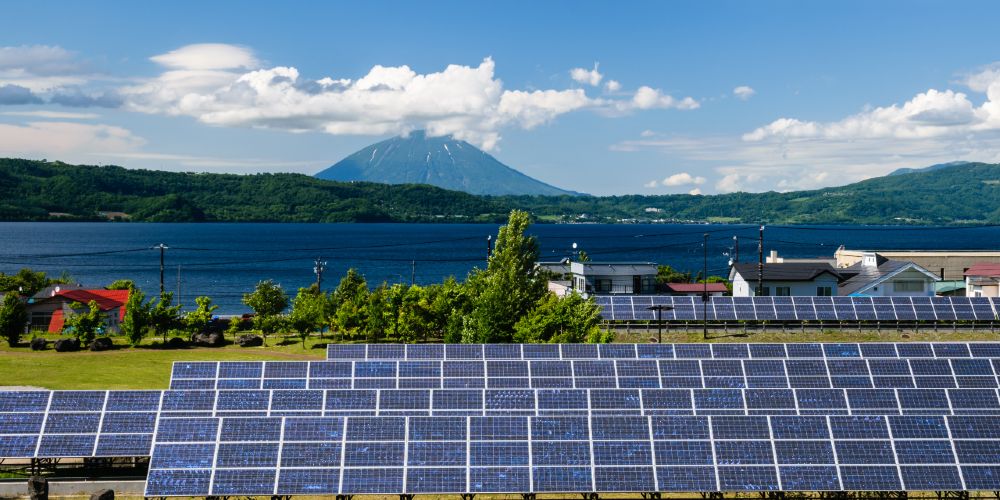 Photovoltaic (PV) technology involves the process of converting solar energy into electricity. China is the world's largest producer of PVs, while Japan is also ranked among the top global solar producers. ISEP reports that 7 percent of Japan's electricity was sourced from solar in 2019. During the past decade, the Japanese PV market has generally expanded. However, since 2015, it's been shrinking significantly due to a drop in subsidies. This has resulted in rooftop projects and distributed solar energy generation becoming front and center.

Japan has also become a leader in solar-powered hydrogen or 'photohydrogen' (PH). In 2020 Japanese conglomerate Toshiba completed a large hydrogen plant in Fukushima prefecture. The tech giant was designed and constructed to adjust to the power grid's supply and demand, and compensate for solar power's intermittent nature during dark nights and cloudy days. The plant transports the hydrogen to various regions, including metro Tokyo.

Today Japan has over 2,600 solar power plants throughout the country. This includes the Sanyo Solar Ark, which is one of the world's largest solar stations built by a solar company. It's located in Gifu prefecture and is one of the planet's most unique solar buildings. The Ark represents Japan's shift to clean energy. It contains over 5,000 solar panels, is 315 meters (1,033 feet) long, and weighs 3,000 metric tonnes. Meanwhile, the computer-controlled system can create various images and characters using red, green, and blue LEDs. The electronics company built the Ark from returned or repurposed solar panels. 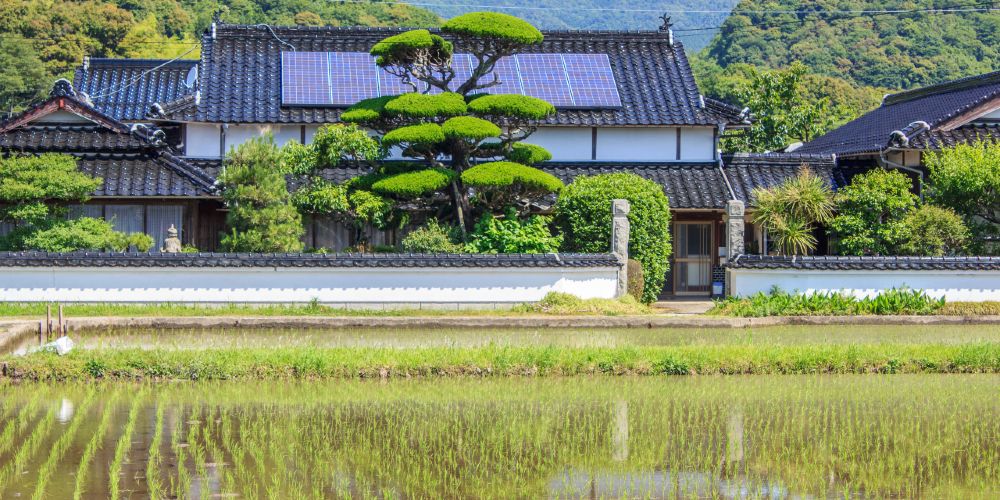 A traditional Japanese farm house is equipped with solar panels.

Since the 2011 Fukushima nuclear disaster, the Japanese government has passed legislation to promote shifts to renewable energy, including subsidies and Feed-in Tariffs (FITs). The country has passed various FITs since 2009 to promote investments in renewable energy. Most recently Japan announced a new FIT for fiscal year 2020, which includes different rates for different sizes of PV projects. In recent years solar FITs have declined somewhat while other sectors like backup power systems have been trending.

Today nearly one-fifth of Japan's energy is from sustainable sources like wind, hydro, and geothermal. Solar energy has surged during the past decade in terms of Japan's PV/PH production, power plant construction, and Feed-in-Tariff passage. Solar power certainly has a bright future in the Land of the Rising Sun.