The history of video games is closely linked to Japan: in 1978, the first arcade game Space Invaders was developed by Taito, followed a couple of years later later by Pac-Man, created by Namco.

Since then, many Japanese titles have conquered the rest of the world, e-sport has taken a prominent place with international competitions and other, more traditional games are still as popular. For some, Japan is the video game capital of the world and it can be said that this form of entertainment is part of the modern Japanese culture. 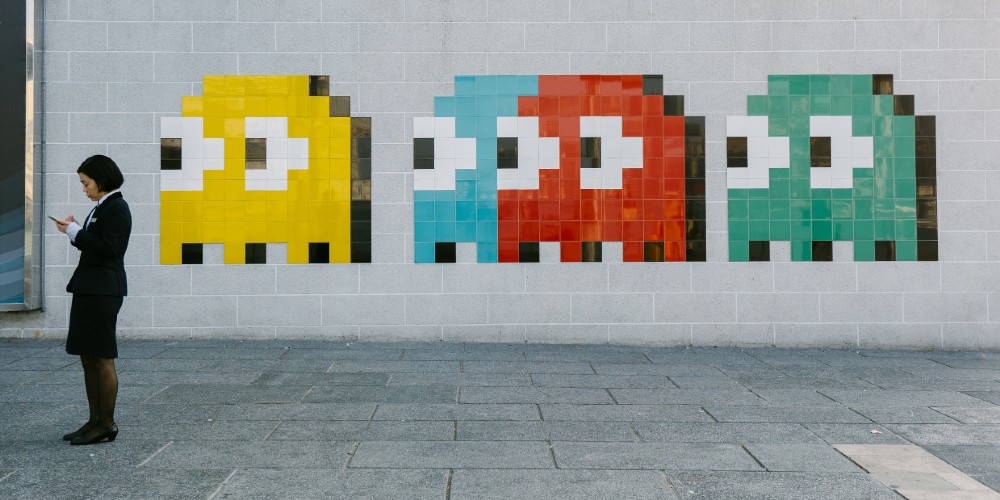 The simple and colorful graphics of Pac-Man and Space Invaders make them instantly reconizable even today.

Gaming is part of the culture

Seeing the long queues to participate in the end-of-year draw of the national lottery and the huge success of pachinko (a mix between a slot machine and pinball), there is no doubt that the Japanese are fond of gambling. Betting on bicycle, speedboat and horse races regularly attracts a large number of participants. Recently, theme park casinos have opened in Japan and players can also find their favorite casino games online : online slots, online poker, online roulette...

Since the 80's, in the early days of video games, the public has always been taken to it very enthusiastically. We also notice how the game culture is rooted in Japanese society from the presence of many game centers across the country. Sometimes spread over several floors, they offer a space to play a wide variety of games, and there are games for all ages and for all preferences. An e-sport gym with coaches opened in Tokyo in May this year.

The secret of international success

If the history of video games was written in Japan, we can now break games down nto two distinct categories: the big successes on a worldwide scale such as Pokemon, Final Fantasy, Dragon Quest or Biohazard, and the games specially designed for a Japanese audience, not always adapted in the West.

The Japanese have imposed themselves on the world level in terms of video games, thanks to their culture. Indeed, as in the case of "Haiku", the art of Japanese poetry, they have created a richly imaginative and minimalist culture. In contrast to the Walt Disney style of total animation, the concept of limited animation has allowed Japanese anime to establish itself across the world.

Ukiyo-e is another example. With its vividness of color, simplicity and dynamism of composition, and richness of expression, this Japanese form of woodblock printing has influenced famous artists and amazed art lovers around the world. Producing a maximum of emotions with a minimum of resources, and ingenious staging: this may explain Japan's worldwide success in the video game industry.

The Tokyo Game Show attracts passionate visitors from all over the world and many collectors travel to Japan especially to find retro gaming items. Media mix – which in Japanese culture and entertainment is a strategy to spread content about anything from a hero to a universe across multiple media: gaming technologies, cell phones, manga, amusement parks, music, etc. – attracts many tourists who want to immerse themselves in this universe.

Indeed, there are entire districts in Tokyo dedicated to video games: Akihabara, Nakano Broadway and Odaiba. E-sport competitions (LoL tournaments, for example) are broadcast online and watched by spectators all over the world. And some Japanese streamers have now their place on the international scene.