Two Japanese Stars To Watch at the 2022 FIFA World Cup

The 2022 FIFA World Cup is only a few months away, with 32 national teams preparing to head to Qatar between November 21 and December 18 in an attempt to bring home the coveted Jules Rimet Trophy. The Samurai Blue of Japan will be in Qatar after reaching back-to-back World Cup finals. Japan will be hopeful of progressing to the Round of 16 or better, just as they did in Russia in 2018, although they find themselves in a very challenging group.

Japan sailed through the 2022 FIFA World Cup qualification, and their reward is the so-called "Group of Death" in Qatar. Group E consists of Japan, Costa Rica, Germany, and Spain, the latter being the fourth-favorites to win the World Cup with the best betting sites online. Japan takes on Germany on November 23 before playing Costa Rica on November 27 and finishing the group stage games with a clash against Spain on December 1. Advancing from this star-studded group will not be easy, but it is possible if the following pair of Japanese stars are at the top of their game when they take to the scorching hot pitches in Qatar. 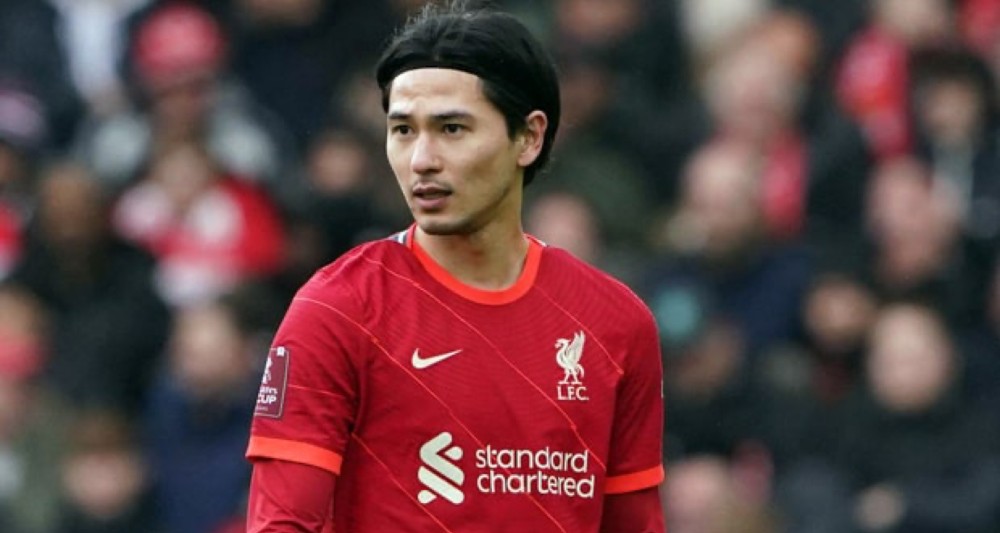 Takumi Minamino has performed solidly in his limited appearances for one of the world's top clubs.

Takumi Minamino is the one Japanese player that most non-Japanese fans will have heard of. The 27-year-old attacking midfielder, who can also play as a winger, has played for a handful of top-tier European clubs.

Minamino started his football career when he joined the Cerezo Osaka youth team at the tender age of 12. Minamino idolized Shinji Kagawa, who was in the Osaka first team at the time, and he tried to emulate his hero.

He made his full debut in 2012, aged only 17. Minamino went on to play 62 games for Cerezo Osaka, scoring seven goals. His performances did not go unnoticed in Japan and Europe, with the Austrian club Red Bull Salzburg tracking him for more than a year before finally taking the plunge and signing him on January 7, 2015.

Minamino became one of Red Bull Salzburg's best players, racking up 136 appearances and scored 42 goals, including scoring in the UEFA Champions League. English Premier League team Liverpool scouted Minamino and paid his £7.25 million release clause, making him the first-ever Japanese player to play for the Reds. However, the star found his chances limited at Liverpool, playing only 30 games and another ten on loan at Premier League rivals, Southampton.

French Ligue 1 team AS Monaco purchased Minamino on June 28, 2022, for £12.9 million plus £2.6 million in add-ons. Minamino had been heavily linked with a move to English Premier League club Leeds United, where he would have linked up with his old head coach Jesse Marsch, but he opted to sign for a fresh challenge with Monaco.

Minamino has 17 goals in 42 appearances for Japan and will be a crucial component in Hajime Moriyasu's team in Qatar. 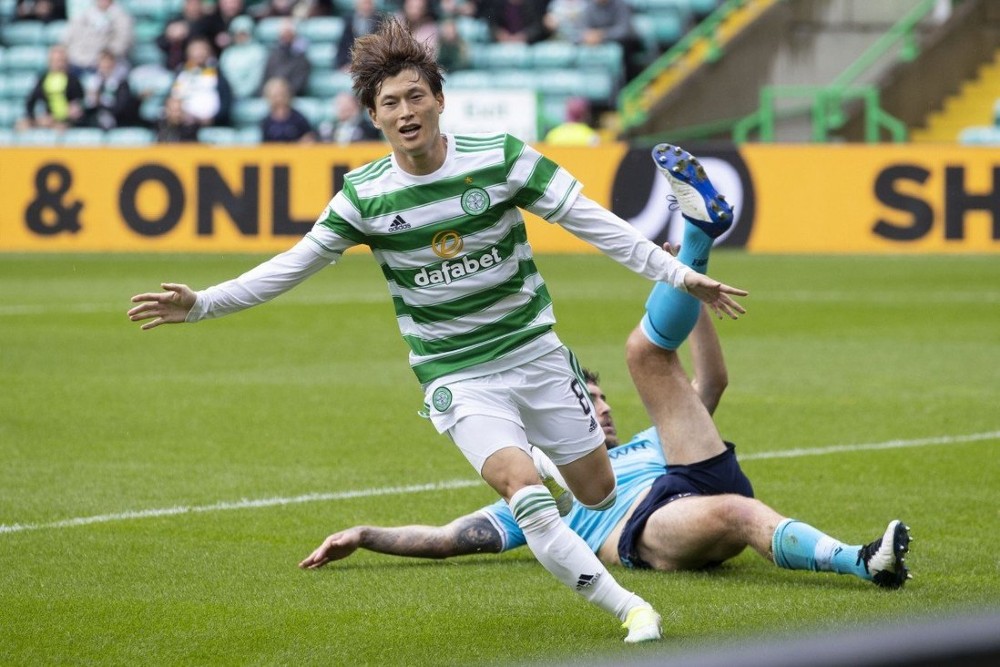 Kyogo Furuhashi celebrates one of his three goals against Dundee in his home debut at Celtic Park.

Kyogo Furuhashi is an exciting player who has lit up the Scottish Premier League with Celtic since signing for the Glasgow club in July 2021. Celtic paid Vissel Kobe £4.5 million to secure Furuhashi's services, and it is easy to see why.

The diminutive forward terrorizes defenses with his lightning pace and dazzling footwork. Furuhashi started his career with FC Gifu in 2017, scoring 17 goals in 68 appearances while creating many chances for his teammates. He then moved to Vissel Kobe, where his 95 appearances resulted in 42 goals.

Celtic bought Furuhashi in 2021, and he has quickly become a favorite of the Celtic fans thanks, in part, to scoring 12 goals in his first 20 games, including a hat-trick in his home debut at Celtic Park, a 6-0 win over Dundee.

Furuhashi has three goals in 11 appearances for Japan, scoring twice in a 14-0 victory over Mongolia on March 21 and once against Tajikistan a couple of months later.